This intelligent buoyancy transmitter continuously measures and transmits level, interface or density of liquid by sensing changes in buoyancy force exerted on a fixed displacer element. The buoyancy force is converted into standard 4-20mA analogue or digital output. 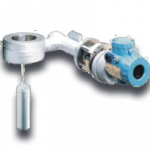 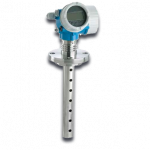 Radar level transmitter senses the level by transmitting low energy radar pulses toward a liquid surface and receiving the radar echoes. The travel time for the radar pulse is proportional to the distance between the gauge and the surface. Ultrasonic waves detect an object in the same way as Radar does it. Ultrasonic uses the sound waves, and Radar uses radio waves. When ultrasonic pulse signal is targeted towards an object, it is reflected by the object and echo returns to the sender. The time travelled by the ultrasonic pulse is calculated, and the distance of the object is found. Bats use well known method to measure the distance while travelling. Ultrasonic level measurement principle is also used to find out fish positions in ocean, locate submarines below water level, also the position of a scuba diver in sea. 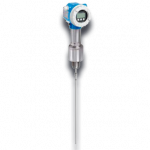 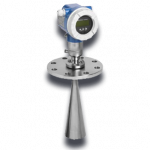 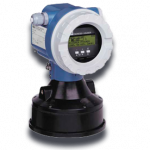 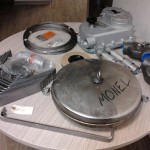 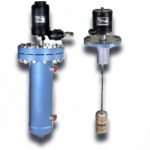 Displacer Operated Level Switches works on the principle of magnetic wide switching differential along with altering of the switching point by moving the displacers up or down the suspension cable. Displacer controls can operate under high-pressure conditions because of greater wall thickness than floats. Displacers are heavier than liquid and are suspended by a spring. When liquid contracts displacer, buoyancy force is produced, which changes the effective weight of displacer; this causes the spring to retract slightly to a new equilibrium position. As a result of retraction of spring, the attraction sleeve attached to spring move upwards into magnetic field of external magnet to trigger the switching action and vice-versa.

The switch works on the principle of magnetic switch action, resulting from a change in liquid level, which moves a magnetic attraction sleeve into the field of an externally located magnet. 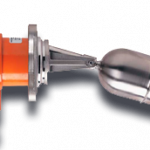 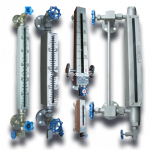 Transparent Level Gauges employ two transparent glasses fitted with a liquid chamber on either side. The liquid level is indicated as a result of difference in the transparent properties of the two media. For water / steam applications, an illuminator is mounted on the rear side of the gauge with its light rays deflected upward into the water column. This enables the observer to see illuminated surface of the water as the light rays impinged on the surface of separation between water and steam are reflected back to the eye of the observer. 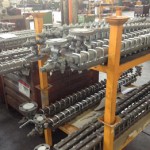 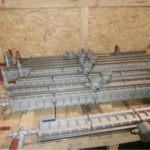 The principle of Reflex Level Gauges is based on the difference in the refractive indices of liquid and vapor. The liquid column is contained within the recess of the liquid chamber behind the sight glass, which is clamped to the gauge body. The sight glass has prismatic right-angled grooves on the side facing the liquid and vapor space. Light rays entering from outside the gauge are either absorbed or reflected depending upon whether they enter the liquid or vapor space. When the ray of light encounters the surface of one of the grooves in the vapor space, it is reflected to the opposite surface of the grooves and from there, totally reflected back to the direction of observation.
Thus, vapor space appears as silvery white. When the light ray encounters the surface of the grooves in the liquid space, it is totally absorbed, thereby making the liquid behind the glass appear black. These gauges are used for measuring the level in a vessel. Maximum pressure of up to 400 bar and a maximum temperature of 4000 C.

A float-containing magnet follows liquid level in the liquid chamber, which corresponds to the level in the tank. Position of the float inside the chamber is indicated outside by bi-colored flapper embedded with magnet by 180o rotation and setting into uniform color along the traverse of the float. 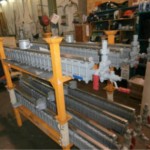